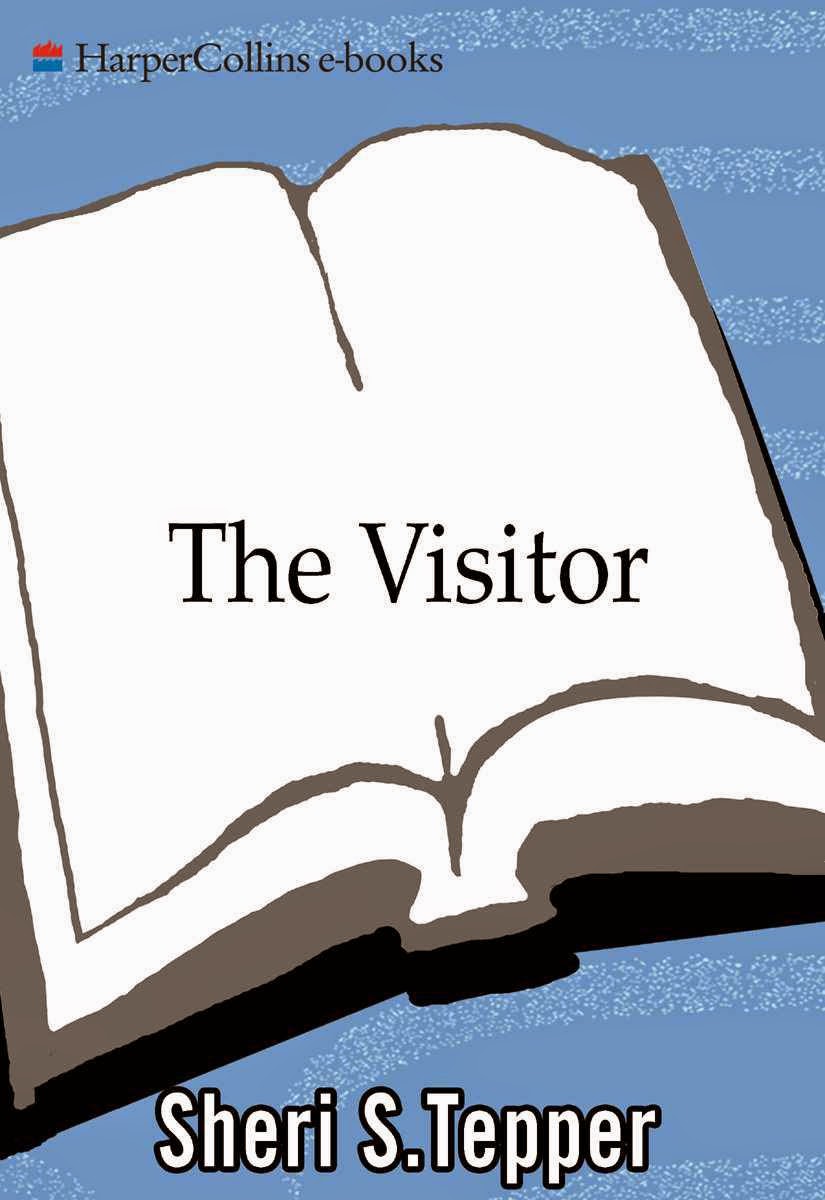 I’ve largely switched to e-books now, buying paper only to continue series I started on paper. I find e-books so convenient that I’m even re-purchasing some paper books as e-books, when the price is right. That usually means <$2 for books I really liked. (Amazon’s pilot Matchbook program should have led to a lot of this, but it seems not many publishers signed up.)

Most recently, I bought a batch of Jonathan Carroll books, a batch of Sheri Tepper (still at $.99, by the way), and a couple of Robin Hobbs (one old, one new). The Carroll books were from a ‘new’ publisher (Open Road Media), and all had colorful covers that someone put time into. Both Hobb books had minimalist covers – title, author, monochrome background. That sounds fine, but in fact they’re hard to tell apart at first glance. The Tepper books not only had near identical covers, they were bad covers – they look like something Harper Collins whipped up as a placeholder before making the initial re-issue pitch to a sub-sub-manager. I’m amazed they made it into the actual e-books. I’ve seen some similar poor choices from other publishers.

I understand that publishers may not own the electronic rights to the original art. They may not want to spend the money on new art. I read the books on a small grayscale Nook, which loses a lot of the beauty of large color covers. And I’m pleased that the books are re-issued at all. Nonetheless, I think the poor ‘art’ a serious mistake

Covers, for good or evil, do sell books. More important, they contribute to the image we have of books. When I was younger, I formed an feeling about Del Rey Books that was inextricably linked with Darrell Sweet‘s colorful, friendly, very slightly cartoonish covers. When I picked one up, I knew immediately that a) the cover was a reasonably accurate representation of some part of the book, b) that the writing was going to be reasonably good, and c) how the publisher was trying to categorize the story. All without even reading the author or title. When I think about those Del Rey books, the covers come to mind first, and they’re a key to my memory of the content.

Bad covers can have the opposite effect, but they usually don’t. But I’m usually not put off by a bad cover. I ignore it and move on to the actual text, and the covers don’t enter my memory much at all. (To give an example from music – Black Sabbath’s horrible Born Again cover.)

What does stop me, however, is a cover that clearly doesn’t care – one that’s minimalist not for art’s sake, but because no one could be bothered to take the time. (Again from music, Merle Haggard’s 1994 and 1996 covers.) We all know that the cover can draw a reader in. If even the publisher doesn’t make the effort, why should I as a reader?

Publishers seem to feel they can get away with this, and in some ways they can – when I buy a Sheri Tepper reissue from Amazon, it doesn’t show the crappy e-book cover. Instead, it shows the original, attractive paperback artwork. It’s only when I’ve downloaded the book and opened it that I find I’ve been cheated.

That’s a serious error. First, of course, making your reader feel cheated is not a good way to bring him back for more. Much as I associated Del Rey with Darrell Sweet covers, I now associate Harper Collins e-books with ‘We don’t give a damn’ covers. Second, though, is that I, and many others, rely on covers in sorting and managing our books, and in choosing something to read. No matter how much I like Sheri Tepper’s books, when I’m choosing my next book, those high-school-intern e-covers hint “Not as good as you remember. Maybe later.” That’s hugely unfair to Tepper, whose books are in fact as good as I remember.

This is a problem that’s not hard to overcome mentally, but I have over a thousand unread books on my Nook, several dozen of which are in the ‘read me now’ portion of my brain. Any little thing helps make that choice easier – even when I know it’s unfair.I solve the problem by editing in the original cover and tossing the crappy ones, but I resent the time and effort.

So, with all that, this is my wake up call to publishers: Take your reissues seriously. Because if you don’t, we won’t.

What are some of your favorite and least-favorite e-book covers?